In September 2021 the OECD published projections of population development in its member states, for the EU 27 states, the G20 countries and for the entire world population up to the year 2061.

A population decline of 2.5% is expected in the member states of the PES Network (no data for Liechtenstein) for the forecast period. This development results on one hand from an increase of the older population (65+) by 38.3% and on the other from a simultaneous decrease of the under 65 year old by 13.4%.

The development of the resident population varies however in member states. An increase is projected for 13 countries; in four states – Austria, Norway, France and Spain – the increasing older population (65 and older) is the sole cause for the increase by 2061. 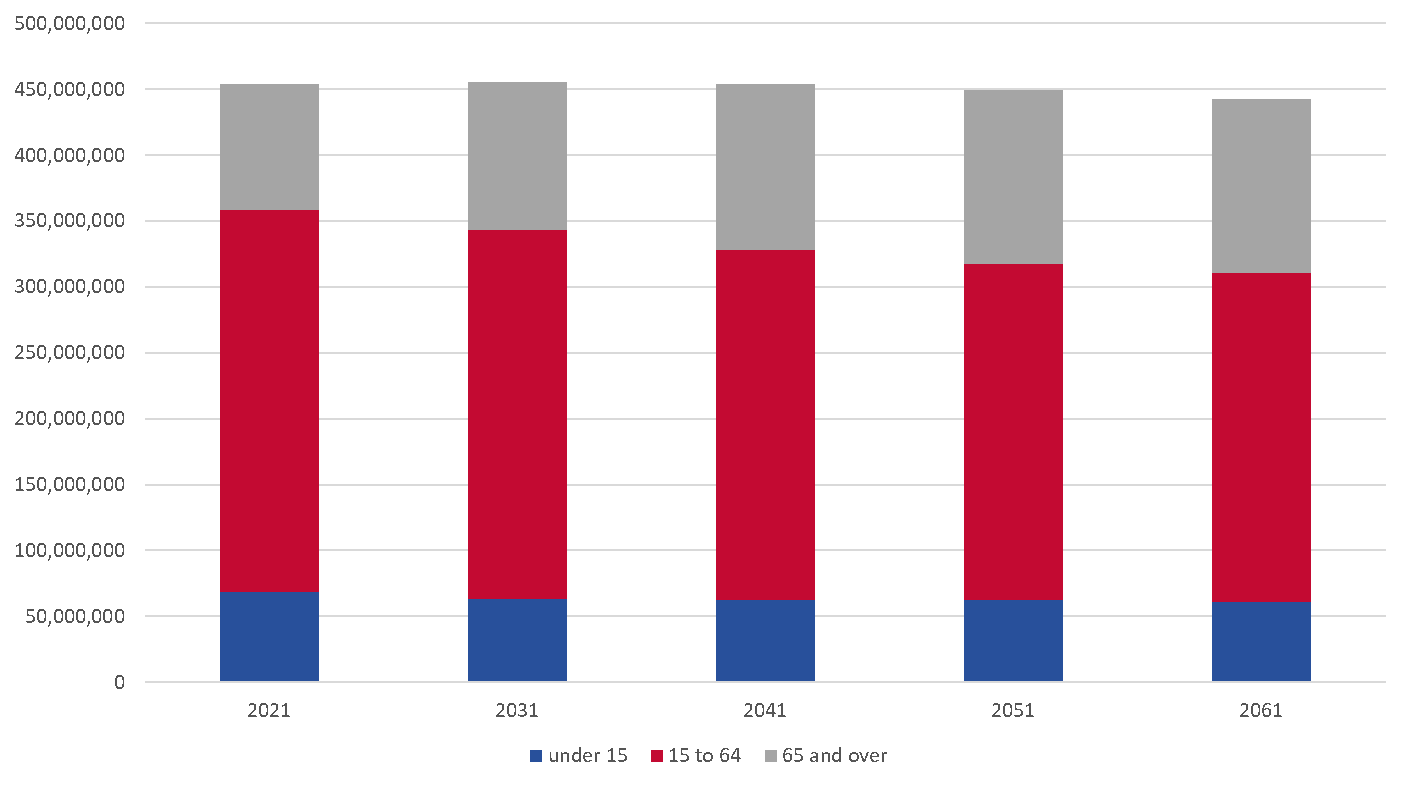 All countries in Eastern and South-Eastern Europe are projected to experience a decline in population, the greatest decline is forecast for the Baltic States; Estonia -8.2%, Latvia -33.2% and Lithuania -30.4%.

The population in gainful employment (15 to 64 years old) will decrease by a total of 14% in the member states of the PES Network (EU 27, Norway and Iceland).

Figure 2: Projected population development of the age group between 15 and 64 by 2061 in the member states of the PES Network, in percent

Source: OECD; no data for Liechtenstein

An increase can only expected for nine countries, according to current forecasts the Baltic states, Bulgaria, Romania, Poland, Portugal, Greece, Italy, Croatia and the Slovak Republic will be confronted with massive slumps in the development of population in gainful employment (15 to 64 years old) in the coming decades.

The development forecasts for persons in gainful employment and the population pose a challenge to the economy in the member states of the PES network to focus on ageing-appropriate and cross-generational work as an essential corporate management task. Together with the public employment services, an appropriate course must be set for the requirements of an ageing workforce.  This includes amongst others establishment of a healthy, age-adequate working environment, targeted personnel development regarding the (future) demand for skilled workers, and the provision of further training for employees of all ages.