The Covid-19 crisis and accompanying slump in economic output in the first half of 2020 left deep scars on the European labour market, with service oriented sectors such as tourism, trade, aviation and economic services such as personnel leasing and the cultural sector being particularly affected.

To cushion the impact of the crisis virtually all member states implemented respectively adapted economic instruments such as working time adjustments and job preserving measures such as short time working. Some member states developed the legal basis for employers to release employees on a short-term basis with a return option or re-employment obligation. In many countries enterprises suffering a decline in demand received financial aid.

The unemployment rates were therefore of limited applicability due to job preserving measures in many countries. Indicators such absenteeism from the workplace or the number of persons without gainful employment depicted the labour market situation in 2020 far more meaningfully.

The labour market situation however developed very differently in the individual member states of the PES network. Seven countries recorded a decrease in the unemployment rate in comparison to 2019, other countries experienced an increase between 0.1 percentage points (Poland, Bulgaria, Denmark) and 2.5 percentage points (Iceland, no data for Liechtenstein). 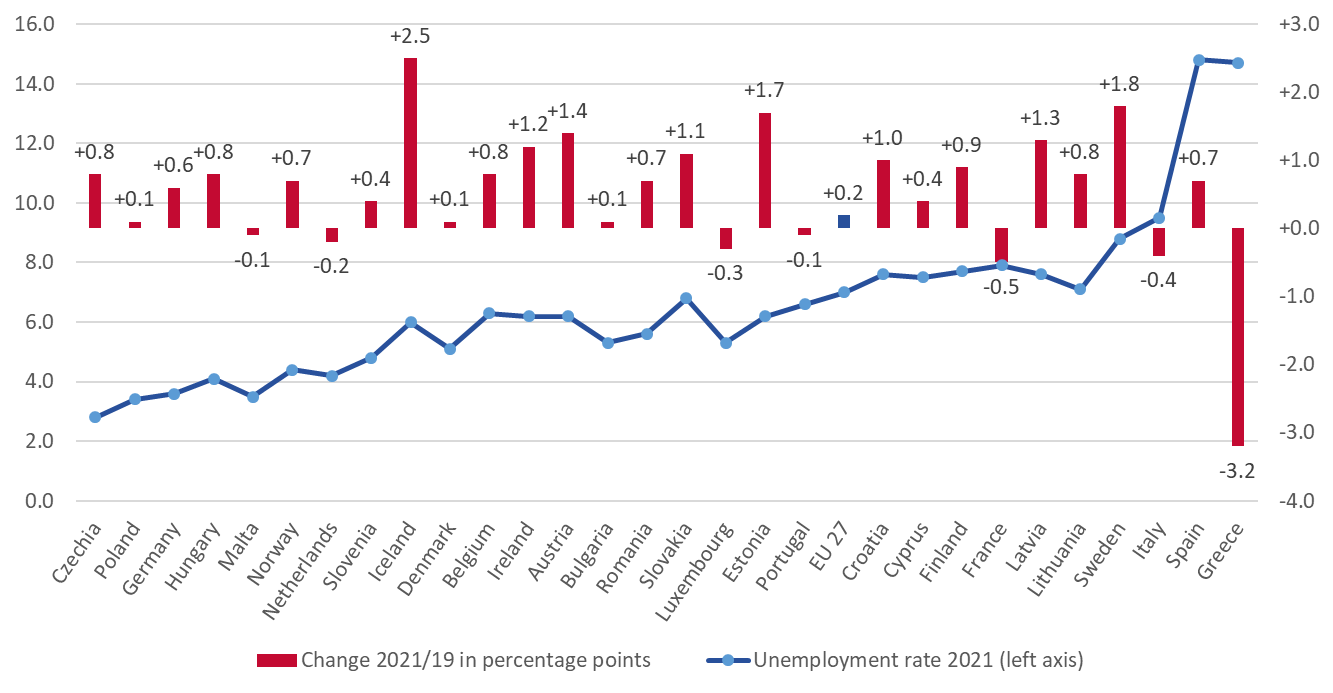 The youth unemployment rate (15 to 24 years old) remained in the 25 member states still clearly above the level of 2019 with just four member states below the pre-crisis level. 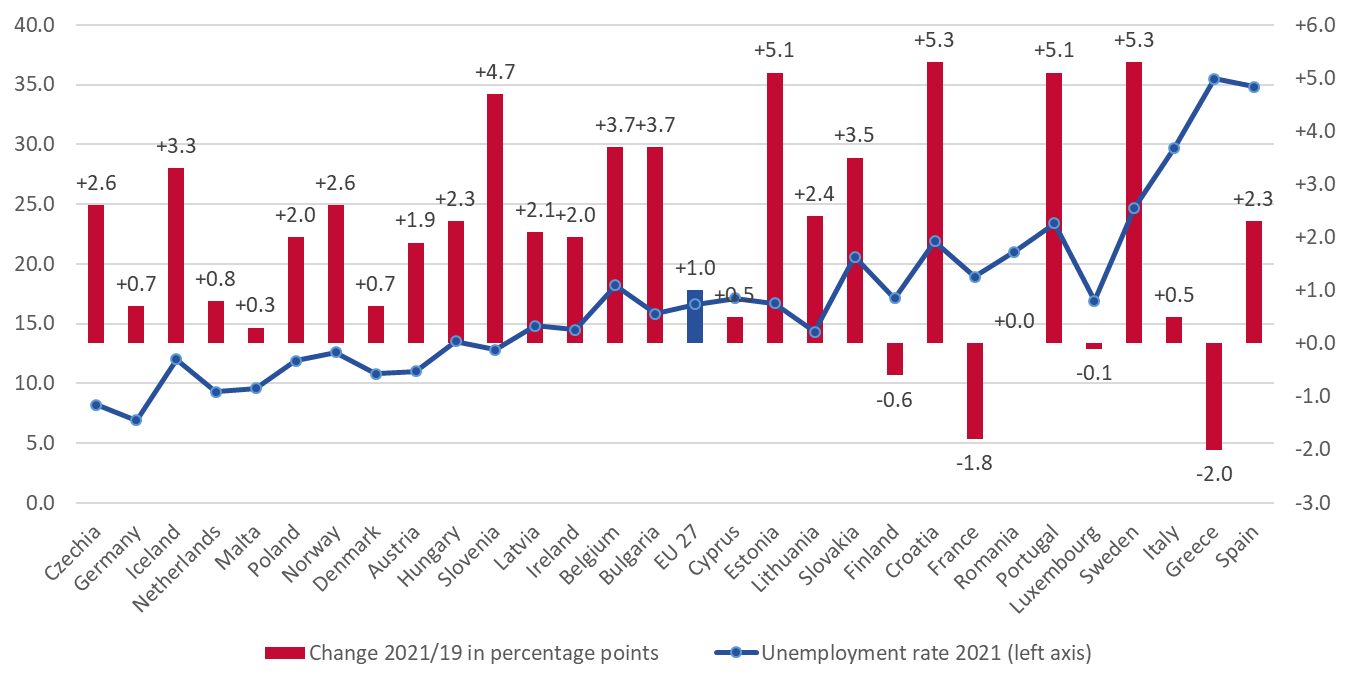 Long-term unemployment, which rose between 2009 and 2013/14 from 5.4 to over 11 million people as a result of the financial and economic crisis continued to decline in subsequent years but in 2021 rose again for the first time in seven years. Across the annual average of 2021, 2.868 million women and 2.987 million men aged 15 to 74 were out of work for more than 12 months.