The European Labour Market Barometer took a downward turn in June 2022. The labour market leading indicator of the European Network of Public Employment Services and the Institute for Employment Research (IAB) dropped 1.3 points compared to May, currently standing at 102.9 points. It still remains at a good level, however.

The assessments of the development of unemployment in June dropped 2 points to 101.5 points on the European Labour Market Barometer, thus showing a stronger decline than the component indicating the development of employment, which lost 0.6 points and now stands at 104.2 points.

It was primarily Germany, Switzerland, Belgium-Wallonia and Cyprus that registered a clear downturn. Nevertheless, the level of the European Labour Market Barometer still suggests that the development is good. In none of the participating countries did it slide below the neutral mark of 100.

The labour markets are holding up well, but Europe is feeling the effects of the Russia-Ukraine war and the global supply chain disruptions

reports Enzo Weber, IAB head of forecast. There is also the additional risk of a potential geopolitical expansion of the Russia-Ukraine war or a broad halt in energy supplies. 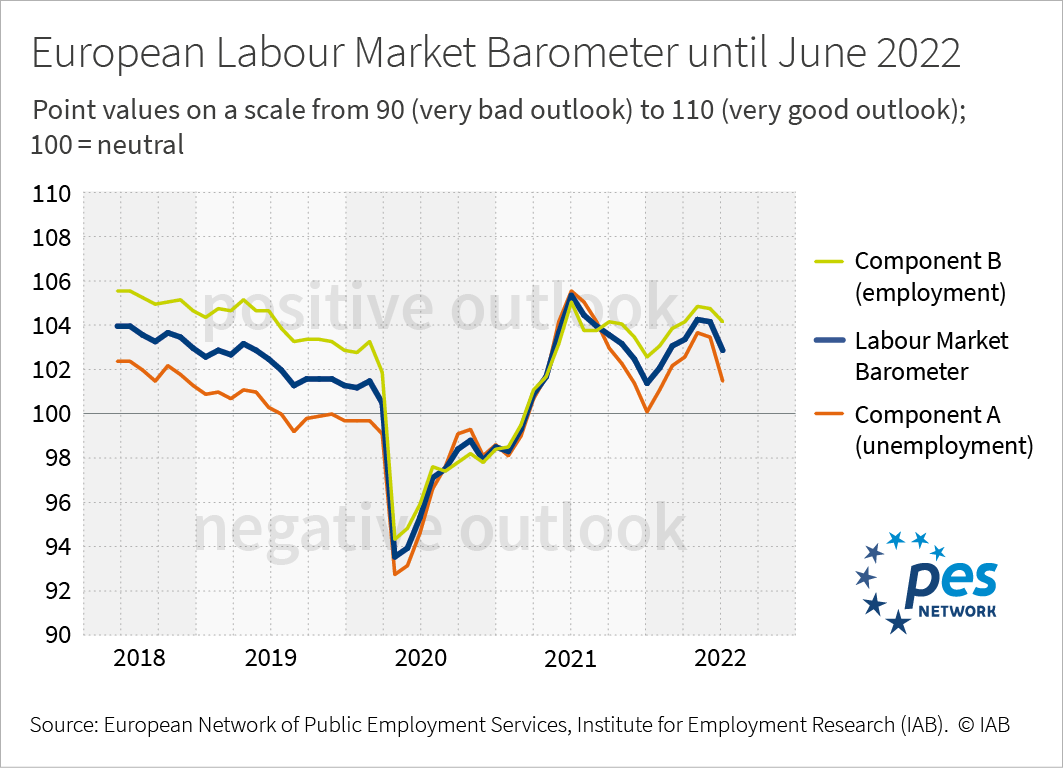