After rising four times in a row, there is no further increase in the European Labour Market Barometer in May. The labour market leading indicator of the European Network of Public Employment Services and the Institute for Employment Research (IAB) remains at 103.4 points – the same level as for April. The assessments of the development of unemployment and employment continue to be positive.

The outlook for the European labour market did not improve further in May, but employment is likely to develop remarkably well despite difficult conditions

reports Enzo Weber, IAB head of forecast. Although the outlook for the European labour markets continues to be positive, there is still the risk of the Russia-Ukraine war escalating further or of there being a widespread halt in energy supplies.

The assessments of the public employment services in the participating countries are currently very similar, with differences becoming even more marginal in May 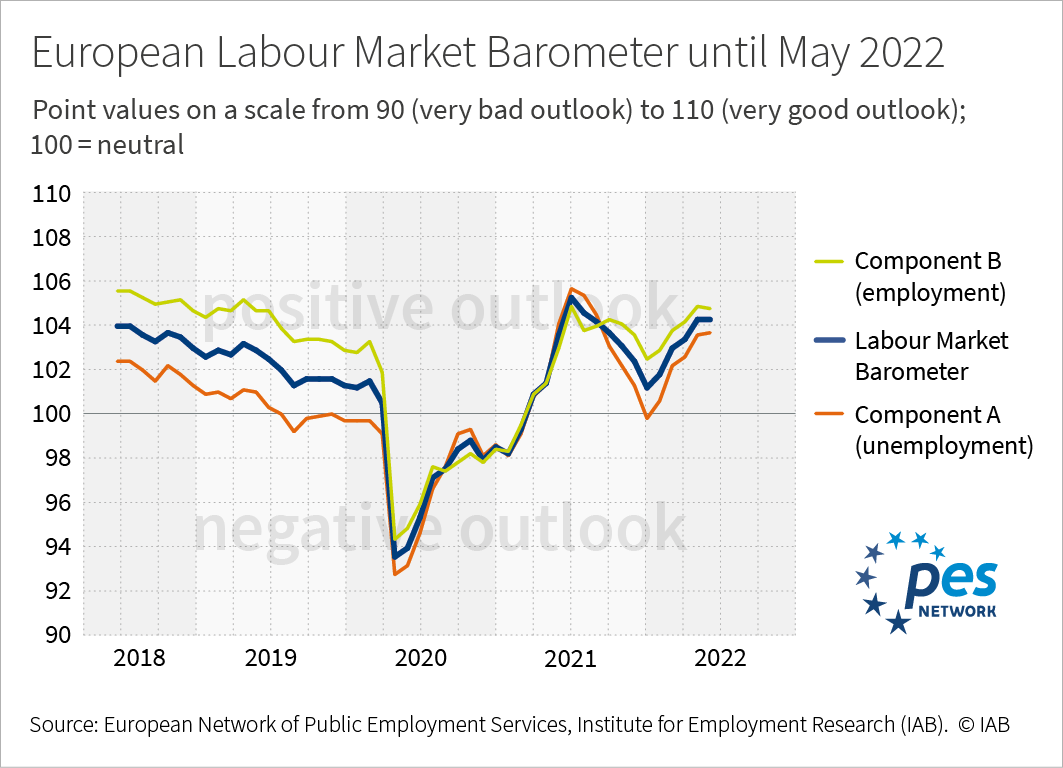