Despite the war in Ukraine, the European Labour Market Barometer rises again in April 2022 for the fourth time in a row. Compared to March, the labour market leading indicator of the European Network of Public Employment Services and the Institute for Employment Research (IAB) climbs by one point to 104.4 points, thereby reaching its third-highest value since the time series began in summer 2018.

The outlook for the development of both unemployment and employment over the coming months continues to improve overall. However, there are large risks regarding the potential further geopolitical expansion of the Ukraine crisis or a halt in energy supplies. The sub-indicator for the development of seasonally adjusted unemployment figures increases by 1.1 points to 103.7 points compared to March. The value therefore continues to signal a decline in unemployment in the months to come. The sub-indicator for employment growth rises by 0.8 points to 105 points, clearly lying in the positive range.

Despite the setbacks due to the war in Ukraine, the European labour market is still on the path to recovery 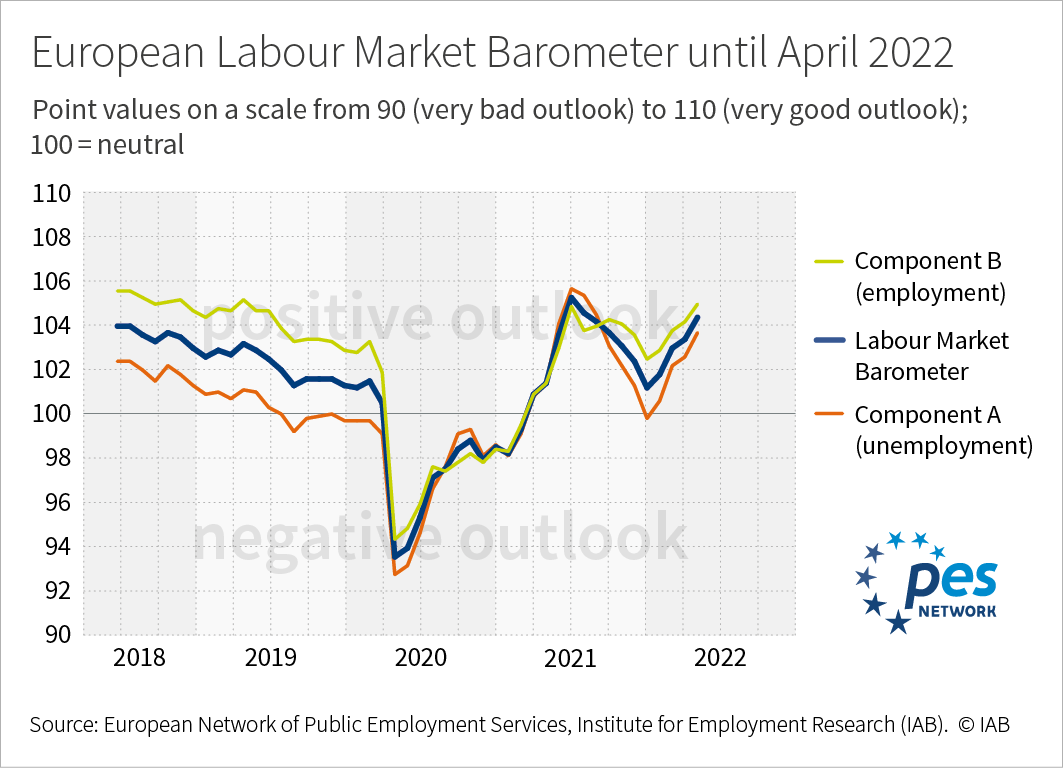