Despite the war in Ukraine, the European Labour Market Barometer rises again in March 2022 for the third time in a row. Compared to February, the labour market leading indicator of the European Network of Public Employment Services and the Institute for Employment Research (IAB) climbs by 0.4 points to 103.4 points.

In March, the first barometer value of the leading indicator after the start of the Ukraine war rose in most of the participating countries compared to February or remained the same. The barometer rises in all Eastern European countries.

reports Enzo Weber, IAB head of forecast. However, several countries also show downturns, though none fall below the neutral mark of 100 points.

Overall, the outlook for the development of both unemployment and employment continues to improve, but the expected upswing could be thwarted depending on how the Ukraine war progresses. Compared to February, the sub-indicator for the development of seasonally adjusted unemployment figures increases by 0.4 points to 102.6 points. The value thus continues to signal a decline in unemployment in the coming months. The sub-indicator for employment growth rises by 0.4 points to 104.2 points, clearly lying in the positive range.

The European labour market will most likely continue to recover from the COVID crisis, but the risk of an even broader escalation of the Ukraine war or a halt in energy supplies remains 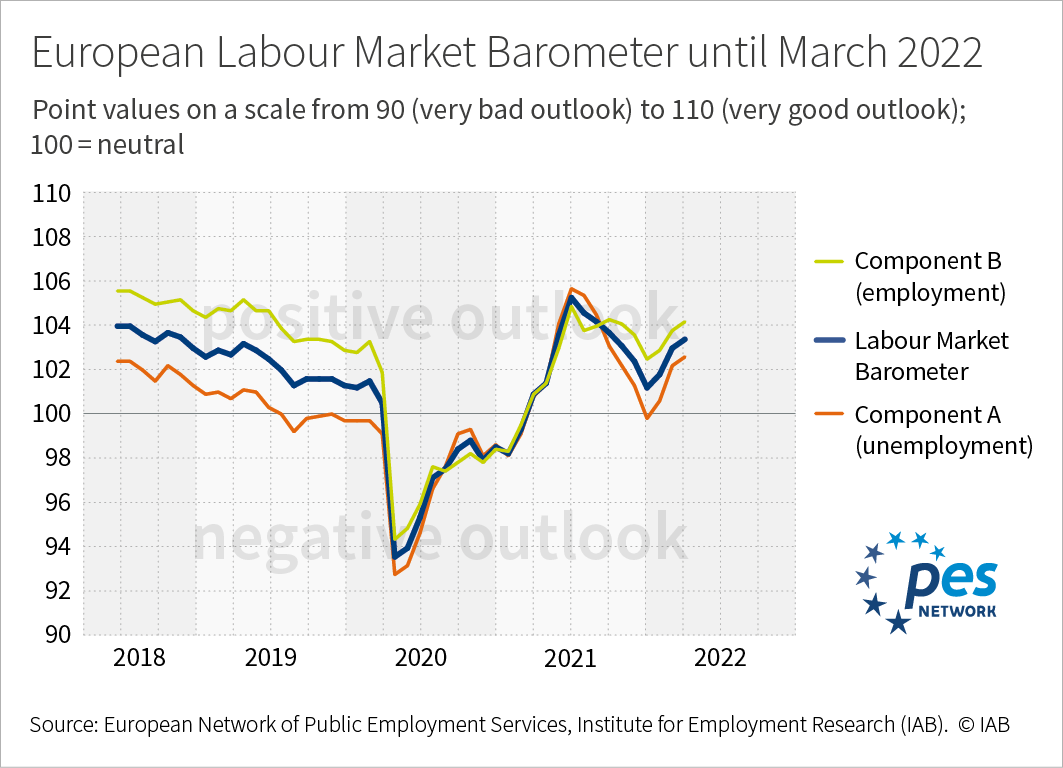