After a continuous decline from June to December 2021, the European Labour Market Barometer rises again in February 2022 for the second time in a row. Compared to January, the labour market leading indicator of the European Network of Public Employment Services and the Institute for Employment Research (IAB) climbs by 1.2 points to 103.0 points. The survey period on which the barometer is based ended in mid-February, so it does not yet map the possible effects of the Russian attack on Ukraine.

The fact that the end of COVID restrictions is in sight in many countries speaks for a clear spring revival, but the consequences of the war in Ukraine may lead to a damper

reports Enzo Weber, IAB head of forecast. Compared to January, the European Labour Market Barometer stayed the same or rose in almost all of the participating countries in February. The barometer shows an increase everywhere in the Eastern European countries. These results reflect the status before the Russian attack on Ukraine, however.

A more optimistic outlook is revealed for employment and even more so for unemployment.

says Weber. Compared to January, the sub-indicator for the development of seasonally adjusted unemployment figures increases by 1.6 points to 102.2 points. The value therefore lies above the neutral mark of 100 points once again and signals a decline in unemployment. The sub-indicator for seasonally adjusted employment growth rises by 0.9 points to 103.8 points. 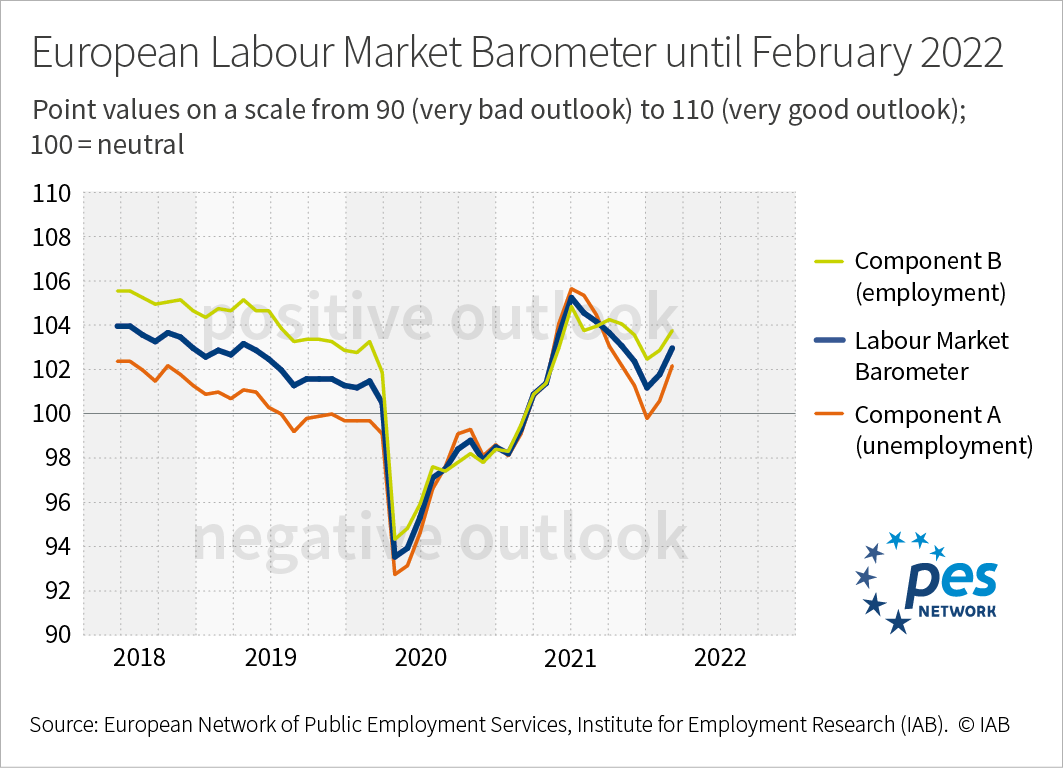