After a comparatively stark decline in December 2021, the European Labour Market Barometer rose again slightly for the first time since June 2021. The labour market leading indicator of the European Network of Public Employment Services and the Institute for Employment Research (IAB) climbs by 0.6 points in January compared with December to 101.8 points.

There is a brighter outlook on the European labour market as the year begins, but the pandemic still poses a risk

reports Enzo Weber, IAB head of forecast. It is primarily in Central Europe that the barometer is recovering, whereas the values in Eastern Europe are rather weak at the moment. 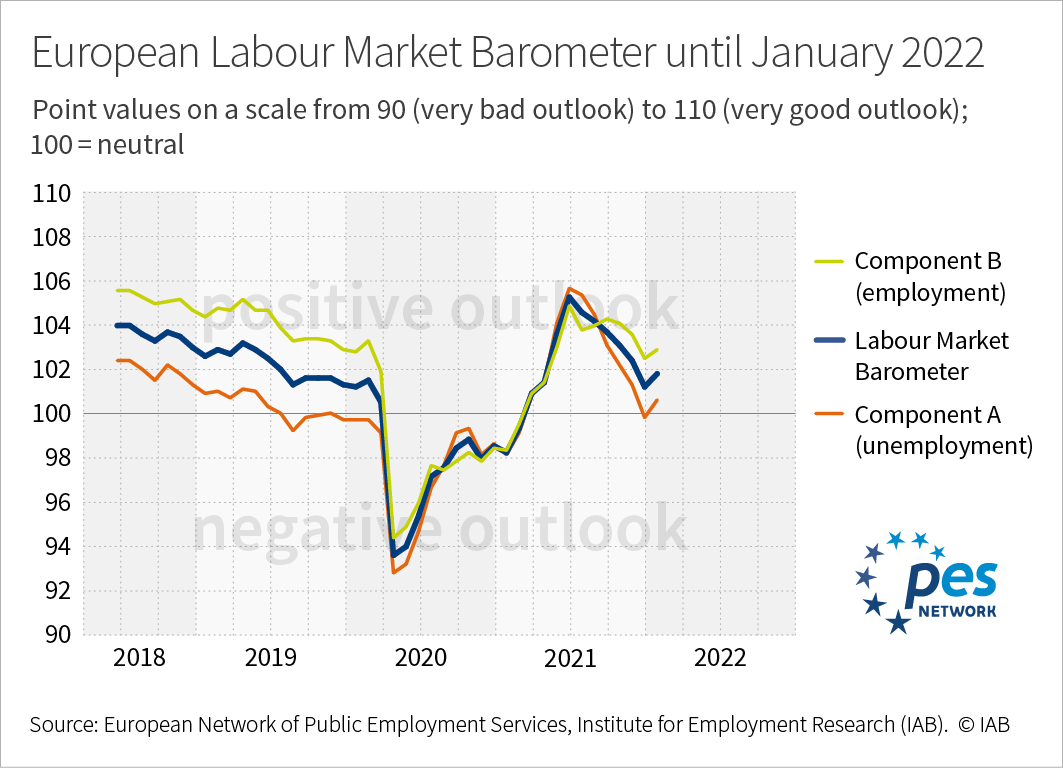