In December 2021, the European Labour Market Barometer fell for the sixth time running, dropping by 1.2 points compared with November to 101.2 points. The labour market leading indicator of the European Network of Public Employment Services and the Institute for Employment Research (IAB) thus records it second-biggest decline in its history since April 2020.

reports Enzo Weber, IAB head of forecast. The barometer is primarily showing a decline in the Central European countries of Austria, Liechtenstein, Germany, the Czech Republic, Belgium-Wallonia and Switzerland.

The barometer’s two sub-indicators both lose more than one point. The European Labour Market Barometer’s sub-indicator for the development of seasonally adjusted unemployment figures falls by 1.5 points compared to November 2021, standing at 99.8 points in December. The indicator therefore lies below the middle mark of 100 points for the first time since February 2021.

says Weber. The sub-indicator for seasonally adjusted employment growth falls by 1.1 points to 102.5 points. This continues to be a good value and still correlates with a favourable employment outlook overall. 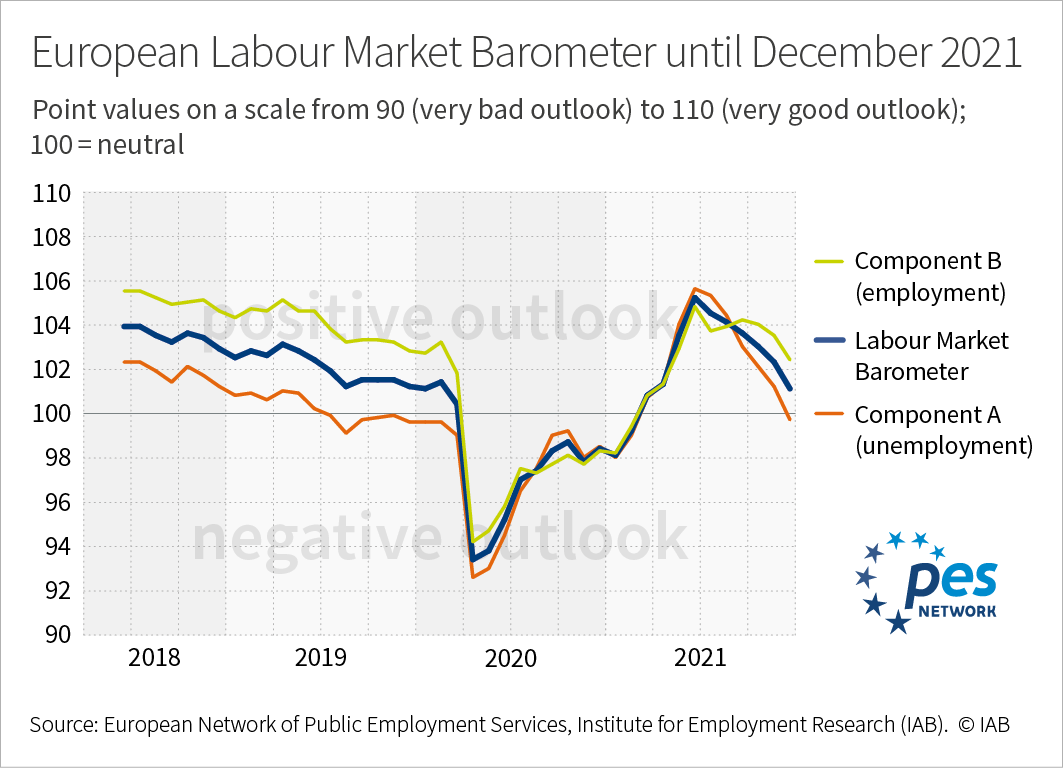