In November 2021, the European Labour Market Barometer fell for the fifth time running, dropping by 0.7 points compared with October to 102.4 points. The labour market leading indicator of the European Network of Public Employment Services and the Institute for Employment Research (IAB) still remains higher than before the COVID-19 crisis, but it is no longer as high as it was up to the middle of 2019. The continued improvement in the labour market situation in the European states has slowed to a moderate pace.

The European public employment services still see the labour market as being on the up, but it seems that the further decline in unemployment will be much slower than it has been recently

The global supply bottlenecks are currently curbing the recovery

says Weber. The barometer in Iceland, Cyprus, Bulgaria, Lithuania and Poland lies below the 100 mark at the moment, signalling a deterioration of the labour market situation in these countries. 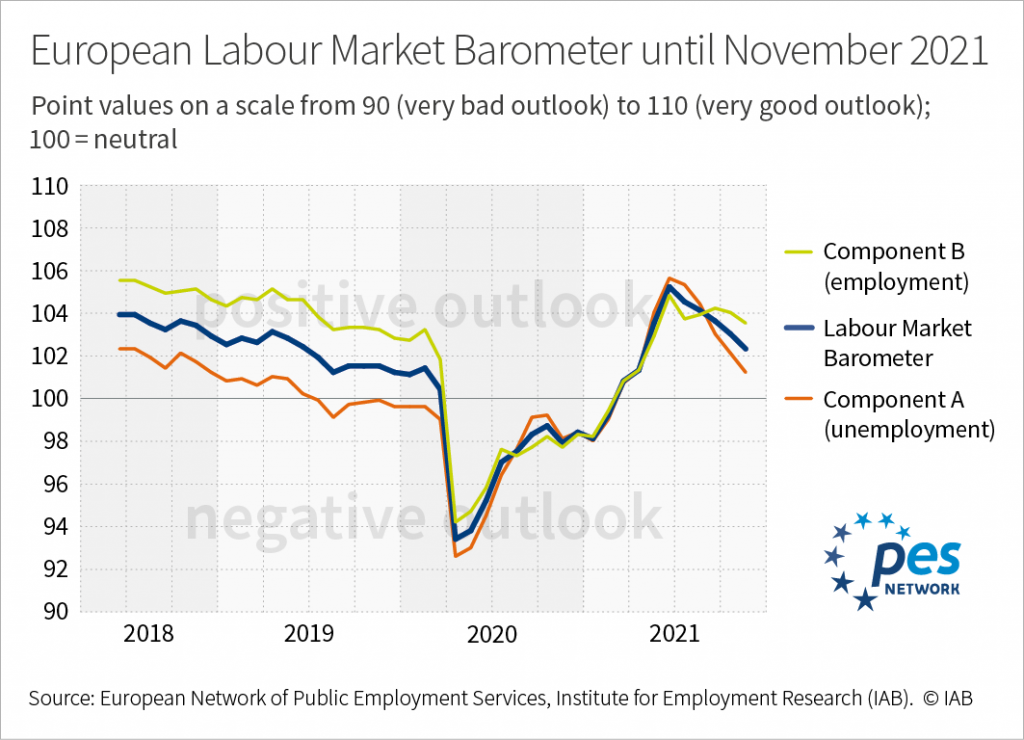 After the strong economic recovery in the summer, the risks of the renewed flare-up of the pandemic and new measures that may be taken in many countries to stem the tide are clouding the prospects of European labour market growth