In September, the European Labour Market Barometer fell for the third time running, dropping by 0.6 points compared with August to 103.7 points. However, the labour market leading indicator of the European Network of Public Employment Services and the Institute for Employment Research (IAB) is still higher than before the crisis and signals a continued improvement in the labour market situation in the European states.

After the lockdown was lifted in many countries, the European labour markets showed a speedy recovery. That recovery will continue, but at a somewhat more moderate pace

The European Labour Market Barometer’s sub-indicator for the development of unemployment figures drops by 1.5 points compared to August and stands at 103.1 points in September. The sub-indicator for future employment growth, on the other hand, rose slightly by 0.3 points to 104.3 points. The value for the employment component is now higher than the value for the unemployment component again in several countries, such as Bulgaria, Germany, Austria, Poland, Portugal and Belgium-Wallonia, and therefore on the European Labour Market Barometer as a whole as well.

Before the crisis, it was normal for expectations to be more favourable for employment than for unemployment 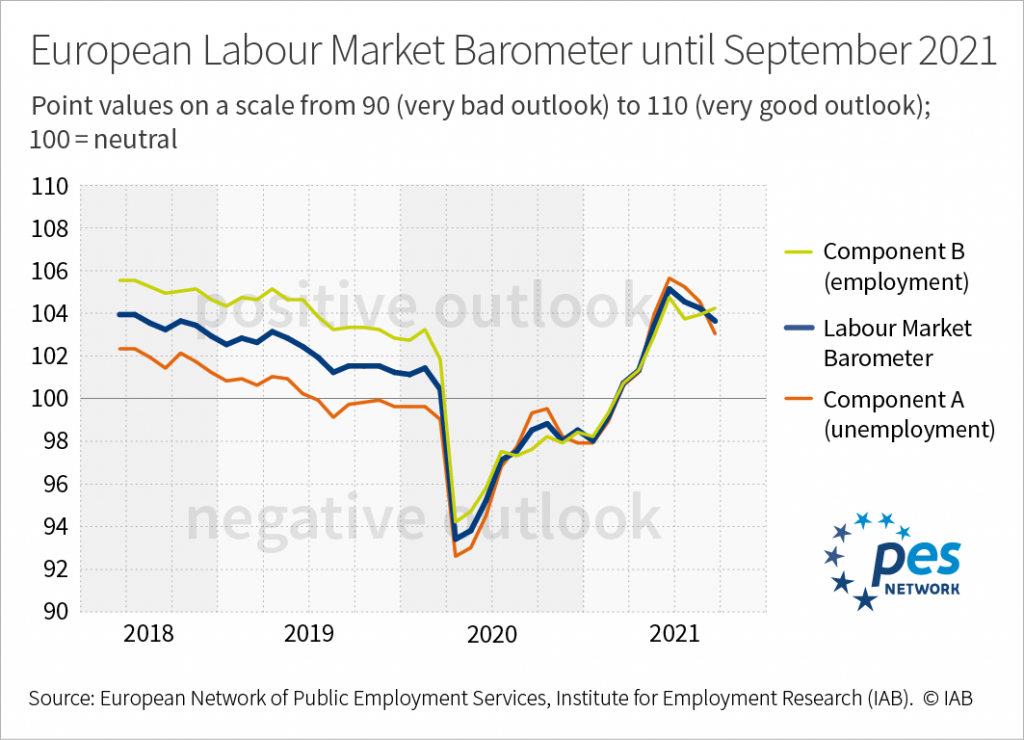