In August, the European Labour Market Barometer fell for the second time in a row, dropping by 0.3 points in comparison with last month to a total of 104.3 points. However, that still means that the labour market leading indicator of the European Network of Public Employment Services and the Institute for Employment Research (IAB) remains at a high level.

The European labour markets are still on their way to recovery. However, the risks of increasing numbers of infections in autumn have put a bit of a damper on the prospects again 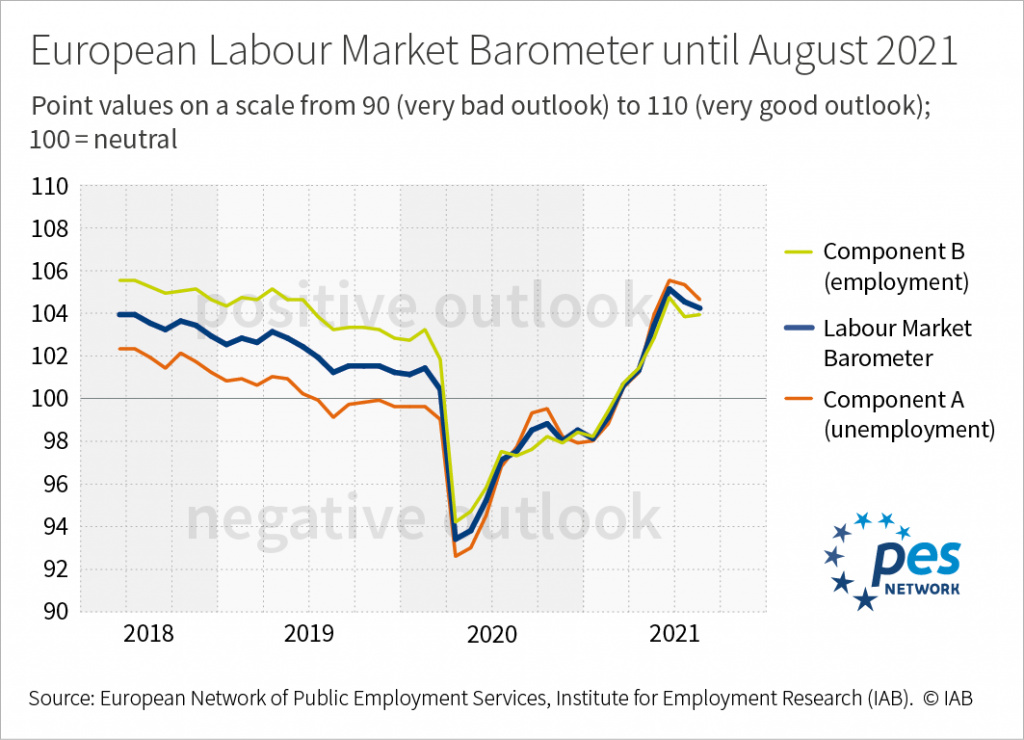 The sinking optimism can be seen in the expectations regarding the growth of unemployment. The European Labour Market Barometer’s sub-indicator for the development of unemployment figures fell by 0.7 points – starting from an especially high level – and stands at 104.7 points in August. The outlook regarding employment, on the other hand, remains stable. The sub-indicator for future employment growth rose slightly by 0.1 point to 104.0 points.