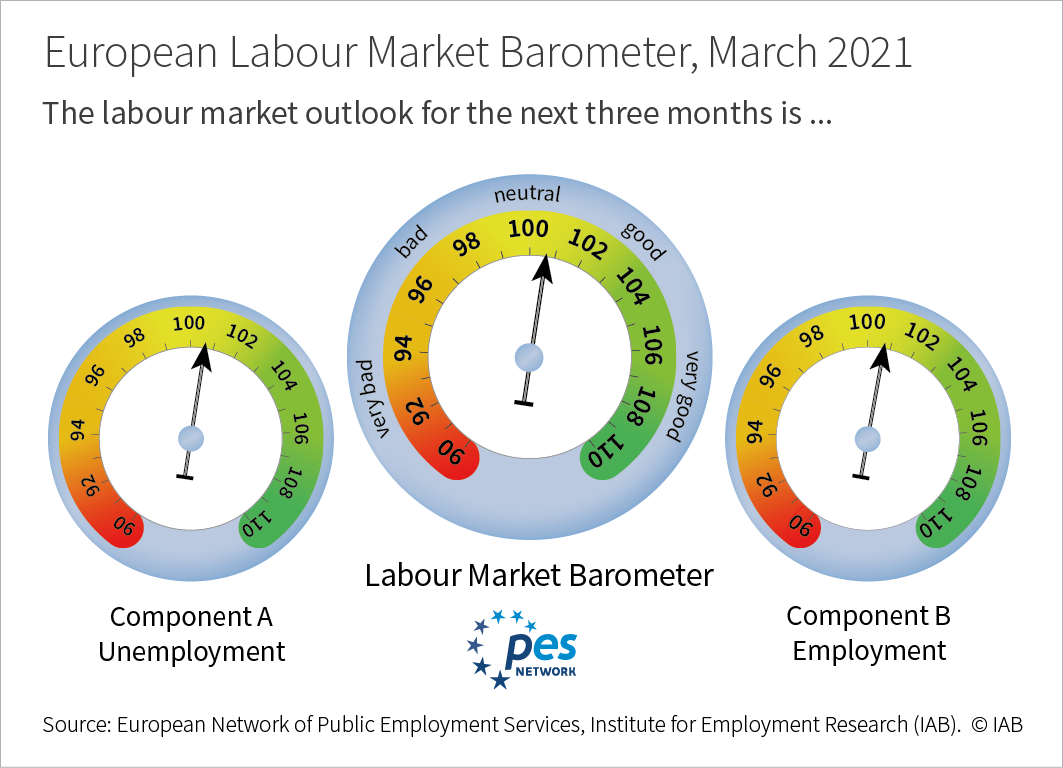 In March, the European Labour Market Barometer rose by 1.3 points to 100.6 points compared to the previous month. Therefore, the leading indicator of the European Network of Public Employment Services and the Institute for Employment Research (IAB) has risen above the 100-point mark for the first time since the start of the crisis and does not signal any downturn in the European labour market over the next few months.

The European Labour Market Barometer rose in all countries or at least remained the same.

says IAB head of forecast Enzo Weber. No change for the worse is therefore anticipated with regard to unemployment or employment.

But that still doesn’t signify a clear recovery

It is possible for the European labour market to improve further, but to achieve that, the COVID-19 pandemic has to be brought under control 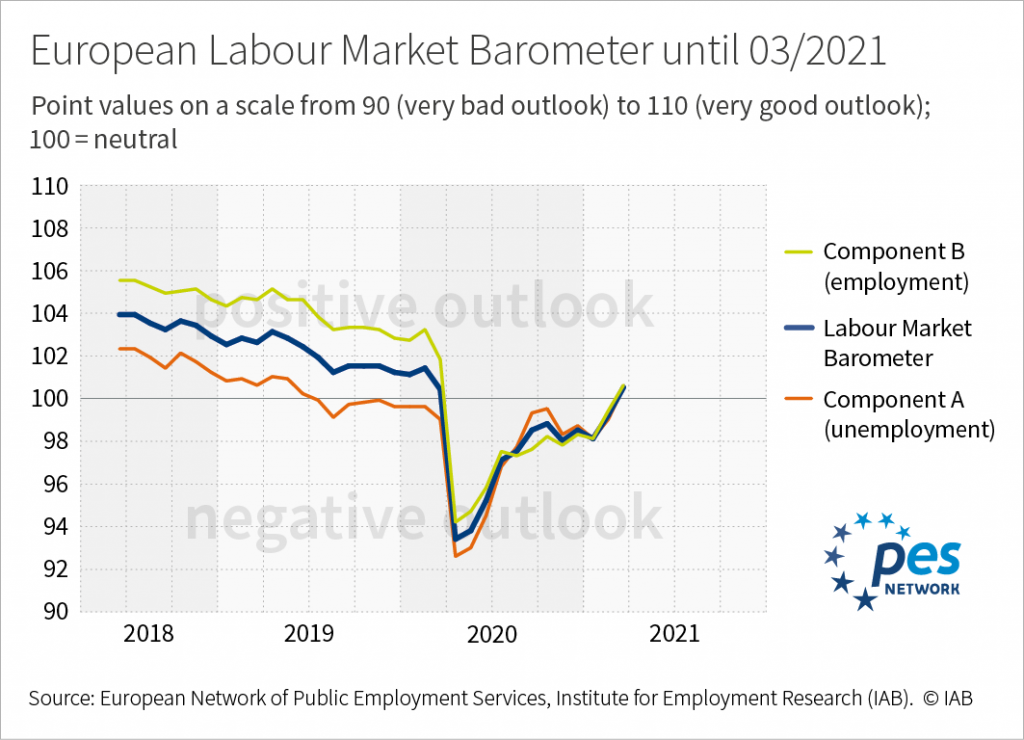 The European Labour Market Barometer is a monthly leading indicator based on a survey of the local or regional employment agencies in 16 participating public employment services. The survey has been carried out jointly by the employment services and the IAB since June 2018. The participating countries include Austria, Bulgaria, Cyprus, the Czech Republic, Denmark, Belgium-DG, Belgium-Flanders, Germany, Iceland, Liechtenstein, Lithuania, Luxembourg, Malta, Poland, Portugal  and Belgium-Wallonia. While component A of the barometer signals the development of the seasonally adjusted unemployment figures for the next three months, component B forecasts employment trends. The average of the components “unemployment” and “employment” constitutes the total value of the barometer. This indicator thus provides an outlook on the overall development of the labour market. The scale ranges from 90 (very poor development) to 110 (very good development). First, a barometer score for each of the participating employment services is determined. The European barometer is then derived from these national scores in the form of a weighted average.

The time series of the European Labour Market Barometer, including its components for all 16 participating employment services, is available at www.iab.de/Presse/elmb-components.