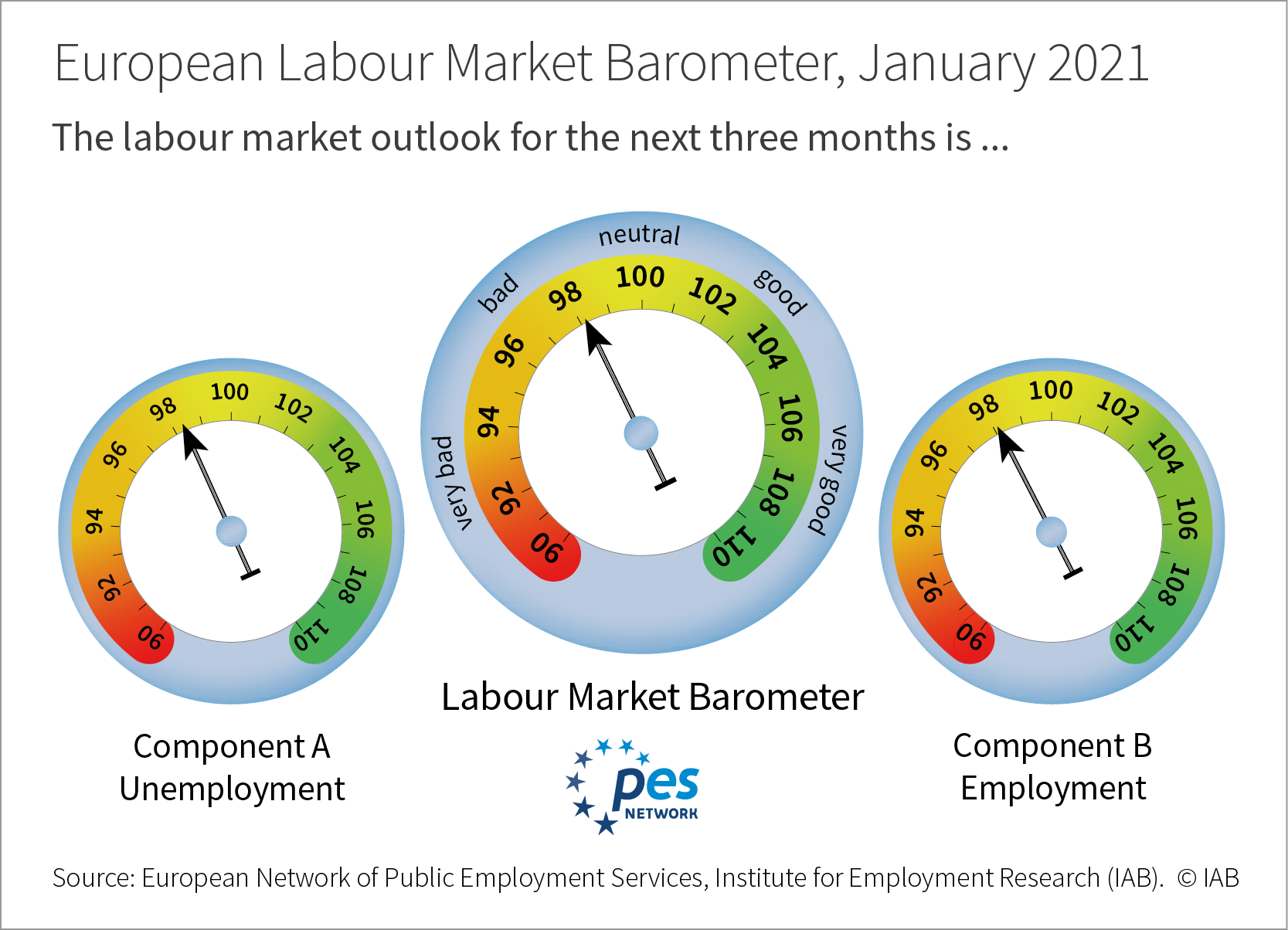 At the beginning of the year, the European Labour Market Barometer fell by 0.5 points compared to December. At 98.2 points, the indicator is at its lowest level since August 2020. In contrast to last spring, however, the leading indicator of the European Network of Public Employment Services and the Institute for Employment Research (IAB) is only moderately negative.

explains IAB head of forecast Enzo Weber, who initiated the European Barometer. In the face of a heavy second Corona wave, setbacks for the European labour market are to be expected. However, the effects are countered by the prospect of sustained improvement due to the ongoing vaccinations.

The European Labour Market Barometer’s sub-indicator for the development of unemployment declined significantly by 0.8 points and stands at 98.3 points in January. Therefore, seasonally adjusted unemployment figures in Europe are expected to rise in the coming months. Similarly, the sub-indicator for employment fell by 0.3 points, standing at 98.1 points.

For the second Corona spring, the European public employment services expect another dry spell in the labour market

The European Labour Market Barometer is a monthly leading indicator based on a survey among the local or regional employment agencies in 16 participating public employment services. The survey is carried out jointly by the employment services and the IAB since June 2018. Participating countries include Austria, Bulgaria, Cyprus, the Czech Republic, Denmark, Belgium-DG, Belgium-Flanders, Germany, Iceland, Liechtenstein, Lithuania, Luxembourg, Malta, Poland, Portugal, and Belgium-Wallonia. While component A of the barometer signals the development of the seasonally adjusted unemployment figures for the next three months, component B forecasts employment trends. The average of the components “unemployment” and “employment” constitutes the total value of the barometer. This indicator thus provides an outlook on the overall development of the labour market. The scale ranges from 90 (very poor development) to 110 (very good development). First, a barometer score for each of the participating employment services is determined. The European barometer is then derived from these national scores in form of a weighted average.