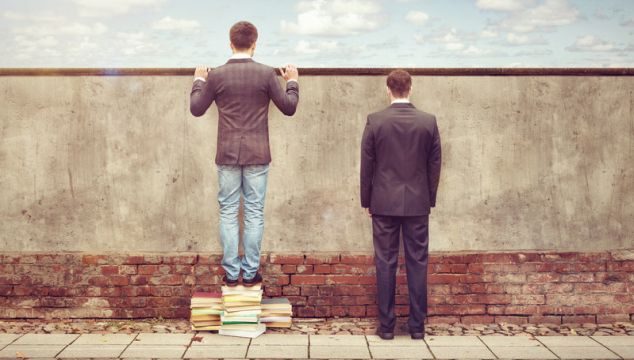 The basic rule “the higher the level of education the lower the risk of unemployment” remains true in all member states of the PES Network (EU, Island and Norway), with just two tiny exceptions, and although there are fewer and fewer people with low qualifications on the labour market across Europe, the discrepancy continues to increase despite this development. Growing levels of automation and moving of manufacturing facilities to non EU countries reduce the prospects of unqualified persons resulting in further political measures becoming indispensable. Since 2005 developments in individual countries have delivered highly varied results whereby demographic developments and migration also interplay therein.

The unemployment rate (15 to 74 years) of persons with low qualification skills was at 13.2% in the European average in 2018. Medium qualified labour had a significantly lower risk of becoming unemployed at 6.2%, and those highly qualified had an unemployment rate of just 4.1%.

This is also remarkable in the context of the development of the labour force (unemployed and employed between 15 and 74 years) showing a declining trend for labour with low qualifications in all member states of the PES Network since 2005, except for Estonia, Sweden and Norway. The educational attainment level of both employed and unemployed has moved in all member states clearly towards tertiary education, the rate of increase in this group lying between 18% in Denmark and 196% in Malta in the period between 2005 and 2018.

The positive trend of more and more people succeeding in completing education levels beyond the compulsory is more than just welcome; it has been strongly fostered by the European Youth Guarantee and the Public Employment Services. Nevertheless, it still demands further political endeavours as despite the overall number of persons with low skills on the labour market actually decreasing, their job prospects also noticeably continue to decline.

The numbers of the labour force with medium qualifications has not been exposed to any strong fluctuations across the entire EU, however, different developments have been observed in individual member states, probably also due to the migration movements – in the Czech Republic the labour force numbers reduced by 7% between 2005 and 2018 and the unemployment rate declined by 5.1 percentage points. In Poland the numbers of unemployed and employed at this educational attainment decreased by 14% accompanied by a clear decline in the unemployment rate by 14.7%. This trend could also be observed in Slovakia – where the labour force decreased by 7%, unemployment rate by 8.6 percentage points when compared with 2005.

Subsequently a corresponding graphical representation can be shown for each individual country.

Irrespective of the educational attainment level, the unemployment rates were of course primarily in line with the economic developments over recent years.

The difficult economic outline conditions have been presenting a challenge to persons across all levels of educational attainment since 2009.
In six member countries of the Network the unemployment rate remained also in 2018 in each of the three ISCED categories above the value of 2005, in eleven member states – the rates across all of the attainment levels were below those of 2005.

In Greece, Spain, and Portugal many persons with tertiary educational attainment became unemployed as a result of the government debt crisis. In 2008 these three countries already registered the highest unemployment rates at this educational attainment level; by 2013 the rates had increased to 20.4% in Greece, 16% in Spain and 12.7% in Portugal. Whereas the unemployment rate in Portugal evened out at 5.4% in 2018, Greece and Spain clearly remained above the rates registered in 2005.

The demographic situation in individual countries has been increasingly developing into another challenging factor.

In Spain and in the Czech Republic the population grew in total by 8% respectively 4%, the 20 to 34 age group however was declining with 27% respectively 20%; and the labour forces decreased even more significantly by 31% respectively 23%.

Across the European Union the total population was 4% higher than in 2005, the 20 to 34 age group was also declining on average by 9% across the union. These trends were also registered in the labour supply with an overall increase of 6% while a decrease of 9% was observed for the age group between 20 to 34.

Advanced announcement: the next issue of the Labour Market Bulletin will be released in October 2019; with focus lying on employment trends across member states of the PES Network.